Deep in the woods of an abandoned village, the present is haunted by the past as a group of students embark on a film project about a 17th century witch, Freya.

The time periods bleed into one another as the shoot unfolds and we learn the truth behind Freya’s troubled past. All the while, ghostly echoes spectate the begin to intervene, drawn to the all-too-human dispositions that transcend time.

Our 17-strong cast from our brand new Curve Young Company Act will take you on a journey that explores the fear of people being different; a notion often rooted in the issues we face in modern society, including bullying, homophobia and terrorism.

I’m very excited to be directing this production at Curve with such a talented cast. The play opens for two nights in March as part of a double bill alongside ‘The Changing Rooms’ by Chris Bush.

Special Thanks to Sarah Ingram, Mel Knott and Suba Das

‘Our youth theatre programme enables young people to take part in high-quality performance activity in a range of different art forms. You will develop your skills as a creator and performer, get close to the professional productions being made at Curve, and have the opportunity to perform on our stages.’ – Curve, Leicester

After a hugely successful taster session, the branches of Curve Young Company have now formed their companies for the coming year. This will include CYC Musicals, Act, Dance and Kids. I’ll be leading workshops with the advanced CYC Act company and directing the production projects which will be presented at Curve next year. I’m extremely excited to be on board after seeing the phenomenal standard of actors in productions of previous years.

Various actors from the company will be appearing in Oklahoma! at Curve in October. BOOK TICKETS NOW: http://www.curveonline.co.uk/whats-on/shows/oklahoma/

I am delighted to announce I’ll be running acting classes at the Leicester College of Performing Arts (LCPA) from September 2017. LCPA has a long list of alumni performing in the West End and in productions nationally and internationally. I’ll be working with the performers on acting technique, leading up to their final production next year. 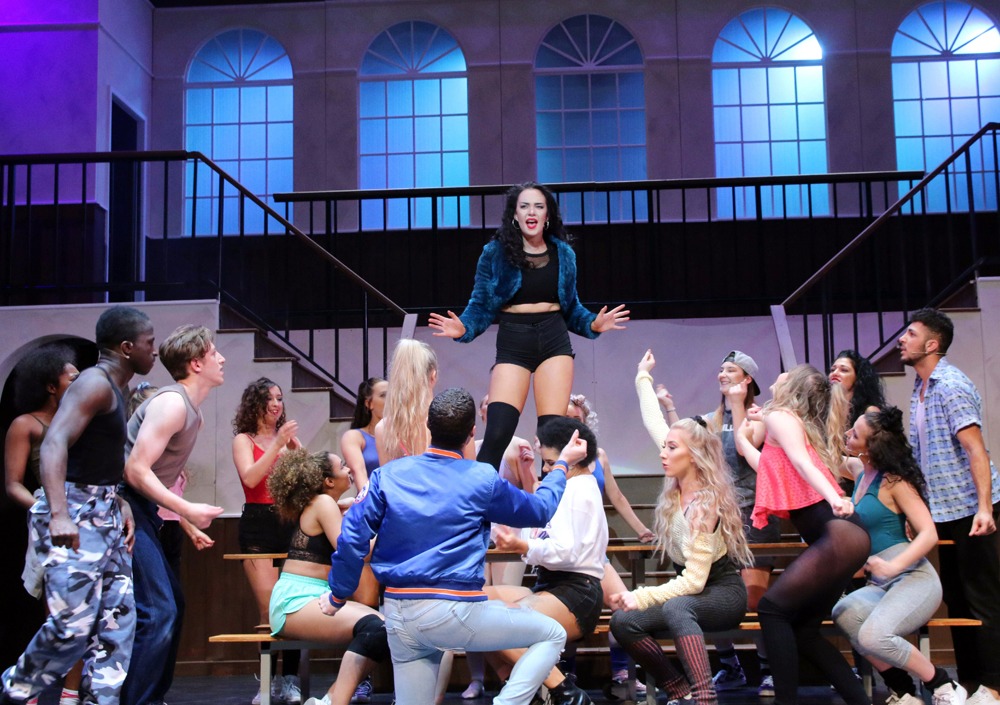 As well as being the artistic director of Leicester’s Curve, Nikolai Foster has directed countless acclaimed productions at leading theatres all over the UK. Born in Copenhagen and raised in North Yorkshire, he went on to train at Drama Centre, London and the Crucible in Sheffield. It was in 2015 that Nikolai took on his current position at Curve Theatre where he’s directed productions such as ‘A Streetcar Named Desire’, ‘Legally Blonde’ and ‘Grease’.

With Leicester being my hometown, I was eager to chat with the man behind the curtain of so many powerhouse productions. I asked Nikolai whether he’d share a few notes from the rehearsal room and give me an insight into his work. He kindly agreed to answer my questions. Here’s what he said:

What is the most common note you give to actors?

Increasingly, the note that I am finding myself giving more and more to actors is about diction and volume. I think often people confuse being real, trying to achieve a contemporary feel or being cool with being inaudible. As a theatre which celebrates the English language and produces plays written in that language (whether it’s Shakespeare, Tennessee Williams, Oscar Wilde or Joe Orton) and even though sometimes these plays require actors to be intimate or to be very detailed and finite, we also need to hear everything that the actor is saying. This is regardless of whether they are performing in our 900 seat theatre, 300 seat studio or our rehearsal rooms. If you can’t hear every single word then the actor is not able to communicate action, emotion or what they’re objectively playing. Although you can still be detailed and real, it is important for the actors to be heard and to feel empowered through language.

What makes an actor good to work with?

The principal quality that makes an actor good to work with is an active imagination. I think that is always the thing I am interested in when an actor comes into an audition or comes to a meeting to discuss a play: having an imaginative response to the world of the play, the period in which it is written in, the character and how they exist in that world is vital. You may have all of the acting tricks and vocal acrobatics in the world but if you can’t imaginatively inhabit that world then it’s not going to be stimulating or engaging for the audience. Having imagination, being collaborative and hard-working in the space; and being somebody who has an open, can-do attitude is so important.  I think some actors’ default setting is to think the Director is trying to wrong-foot them or steer them in a way that is intuitively against where they want to go. Whenever I am working with people, I always want to get the best out of them so if I am suggesting something that is too complex for them or that they don’t feel is right, that’s fine, because collaboration is key.

Do you have any rehearsal room rules?

I think any Director or creative person (whether a Producer, Designer or Director) who says “these are my rules” is misunderstanding their role in the arts ecology. Our job is to break down boundaries and ensure that thought and imagination can flow. Of course we need a stable working environment where we feel secure and where we can play, take risks and be vulnerable but I don’t think rules or boundaries are very helpful. Of course there are the unspoken rules such as turn your phone off and don’t talk when someone else is speaking but these aren’t rules specific to theatre, these are rules specific to life, good grace and politeness.

What holds an actor back?

I think fear is often the thing that holds all of us back. There are a lot of things that actors do intuitively and with ease; sometimes when they’re asked by a Playwright or Director to push beyond what comes naturally and easily to them, it can be a scary point. When you push beyond that, you can often find great things which are really beautiful and electrifying; and that you never knew you could do. You have to push beyond that fear and put yourself in a very vulnerable place before you come out the other end and feel secure with something new that you had never realised you had the capacity to do.

Some of your previous shows such as ‘The Importance of Being Earnest’ and ‘Grease’ have featured colour-blind casting. For me, this is refreshing and inspiring to see. What motivates you to transcend the traditional casting of productions such as these?

I wouldn’t want us to be known for colour-blind casting. Without being glib, I have always had the belief that theatre should reflect the world around us, the society or the communities we are making that theatre for and therefore it is just natural. It’s something we don’t really think about here, we just cast the best actors and ensure those coming into the audition room are reflective of the world we live in. Therefore, if you are having a casting process which has a broad range of actors from different cultural backgrounds then you are going to have actors in leading roles that are not considered the traditional casting and that is just what we do. It’s not really a choice; it’s just being alive and being in the contemporary world.