Rob Mallard is best known for his role as Daniel in Coronation Street which he began in 2016 and continues to play as a regular, much-loved character on the soap. In 2017, Rob was awarded Best Newcomer at The British Soap Awards, and following a harrowing but poignant cancer storyline at the end of last year that centred around Rob and his on-screen wife, Sinead (Katie McGlynn), Coronation Street has received a BAFTA nomination for Virgin Media’s Must-See Moment of the year.

As well as being a phenomenal actor, one of Rob’s most striking qualities is that he is a genuinely lovely person, and it’s easy to see why he’s found great success in his career so far. The world of TV soaps is unique from other experiences of filming for screen and Rob was kind enough to share his insight after four years working on Britain’s longest running soap.

What does a typical week look like when you’re filming for Coronation Street?

We get the scripts two working weeks before we film them and you can be working across many ‘blocks’ of scripts at once, filming episodes from different weeks. Each block has a director and often the actors will move forward and backwards in the storyline several times a day which means moving between directors and the place in story. We don’t have the luxury of always filming in sequence so you’ve got to understand your storyline in order to make sense of where you are each time you go on set. The benefit of this is that you become skilled at switching between extremes of situation/emotion. It keeps you in a state of creativity which I enjoy.

What are the biggest challenges of working on a soap?

A full 9 hour day on one set can make it hard to keep your focus. If you know you’re going to be there for a while you learn how to conserve energy. The temptation to have a laugh in the morning is outweighed by the prospect of being knackered by 4pm. You’ve got to save it.

How do you approach preparing for a scene and learning your lines with such a quick turnaround?

I don’t over-prepare. I read the scripts a lot, work out where the character has just been, what they want and then do it. Line learning is just a skill, you get better at it the more you have to do it.

Could you share some tips or tricks you’ve picked up for working on screen?

Stay still. Think, don’t blink. Know what the shot is. Stand where the camera can see you.

The shots are the remit of the director but it’s important to know if you’re in close up or a wide so you know how big or small your performance can be. I’d ask either the first assistant director or the camera operator.

How has life changed for you now that you’ve become a staple character in a major soap?

Not going to lie, it’s changed a lot. People react towards you depending on what your character is going through on-screen. For instance, when Daniel pushes Ken down the stairs people would near enough hiss at me in the street. Then when Sinead died I was showered with the sympathy of strangers. It’s funny.

What has been the highlight of your career so far?

I think I’m another decade or so off calling it my career, I’ve only been working for six years! Without a doubt the cancer storyline on Corrie is the work I’m most proud of due to the ‘Goody Effect’. There was an increase in women getting smear tests as a direct result of the storyline we were telling on Coronation Street. Katie McGlynn, my on-screen wife who died from cervical cancer, received lots of messages from women who had managed to catch cancerous cells early because they saw the show and went to get tested.

And on a personal note, landing the job on Corrie full stop has been a highlight. I love it.

If you could introduce a new family onto the Street made up of characters from any soap, TV series or film, who would you pick? 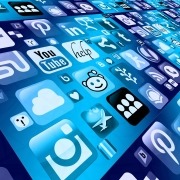 How to Utilise Social Media: A Guide for Actors and Creatives 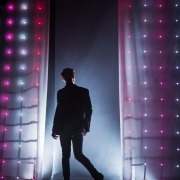 MA Acting at the Birmingham School of Acting
0 replies