You are here: Home1 / News & Advice2 / Resources for Actors3 / A Modern Guide to Auditioning for Drama School

When I auditioned for drama school I didn’t have a clue what I was doing. Retrospectively, I can identify the choices I made that led to me being accepted, however, I can’t quite remember which of those choices were intentional, instinctual, or just good luck. Since then I’ve spent many years working as an actor, director and coach, and now have experience on both sides of the panel. What I’ve realised is that there are many variables when considering an applicant for drama school (some of them you can control and others you can’t), but there are far fewer reasons for rejection. Here are some of what I consider to be the most important aspects of an audition that the panel are looking for.

Most applicants are aware that it’s important to choose two contrasting pieces when selecting a classical and contemporary monologue for auditions, but what does that actually mean? Selecting two different genres – a tragic Shakespeare and comedic contemporary for example – doesn’t cut it if you then play yourself in both roles. Your pieces need to demonstrate two very different characters, offering the panel two sides to you as an actor. Whether it’s a shift in power, status, temperament, energy, physicality or all of the above, the difference between your characters should go beyond the genres of the pieces and be clearly discernible. Often I see actors presenting two similar versions of themselves, regardless of what the roles demand. To quote Andrew Potter (Royal Birmingham Conservatoire acting tutor and director): ‘It’s your job to move you to the character. Don’t pull the character to you.’

In order to fully understand the context surrounding your pieces, you need to question everything. Why are you saying these words? Where have you come from? What’s just happened? Who’s in the room? What’s your relationship to the other person? Where are you? Every detail that there is to unpick, unpick it. Read the whole play and understand everything you can about what led your character to this moment, especially, the moments leading up to your monologue. A character doesn’t usually know what they’re going to say, they discover it in the moment, and every nuanced thought is a response shaped by a (fictional) lifetime of three-dimensional backstory.

Connection (Who are you speaking to?)

A monologue is still a dialogue. You are in conversation with another person, entity, or even the audience, and it’s usually this second party that holds the key to your advancement in the scene. That shouldn’t change just because the other person happens to be imaginary. In some ways it gives you more freedom; being able to explore their reactions within your imagination and respond as you will.

Connecting with the other character in the scene is vital. Every line you deliver should affect them and prompt (imagined) responses, which you, in turn, must respond to. Not only does this give your performance life and purpose, but it also demonstrates the power of your imagination – one of the actor’s greatest and most necessary tools. Know who you’re speaking to, what you want from them, and then listen. Does the other character laugh, blush, frown, try to interject, walk away? Is what you’re trying to do working or not?

This doesn’t change if you’re addressing the audience, the same principle applies.

The panel wants to be excited. I frequently work with actors who fall into the trap of playing it safe, undermining the true stakes of the piece. The very basis of drama is people in extreme circumstances facing some sort of conflict, crisis, or dilemma. The chances are that your character has a lot to lose; if it wasn’t important, they wouldn’t say it, let alone speak for two minutes straight.

Often I hear, ‘I don’t want to overact’. In my experience, when an actor is afraid of overacting there is a high probability that they’re not acting at all but simply reciting lines. Ask yourself, what has this character got to lose? Connect with the text and let it inspire a passionate performance. The panel will commend you for throwing yourself in. One caveat to this is to make sure you don’t wash out the detail from your speech. They want to see that your heart’s in it but playing anger from start to finish or crying through every line won’t get you very far. The specificity and variety in your performance are just as important – seek it out, consider the stakes and commit to your choices wholeheartedly.

Last but not least…How you come across in an audition does have an effect on the panel’s decision. They want to know if you’re suited to the programme, whether you’ll fit in with the other students and if you have a natural spark about you. The best advice I can give is to be yourself. Don’t try and show them what you think they’re looking for…you don’t know what they’re looking for. Despite nerves, take a deep breath and just be you. 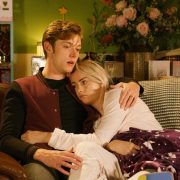 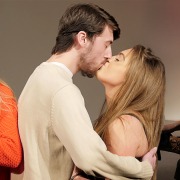